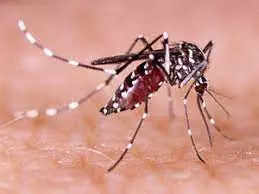 Mumbai: The world has been grappling with the devastating effect of the COVID-19 pandemic on health as well as the global economy. The entire global healthcare fraternity being overburdened with COVID-19 infections and related complications other diseases and illnesses took a backseat. So much so that patients died due to other chronic diseases like cancer, malaria, tuberculosis, other vector-borne disease and infections as the entire healthcare sector were dealing with thousands of patients infected with COVID-19.

Malaria is one of the oldest diseases and infects millions annually. According to the World Health Organization (WHO), in 2020, nearly half of the world’s population was at risk of malaria. According to the World malaria report, there were 241 million cases of malaria in 2020 compared to 227 million cases in 2019. The estimated number of malaria deaths stood at 627,000 in 2020 – an increase of 69,000 deaths over the previous year. While about two-thirds of these deaths (47,000) were due to disruptions during the COVID-19 pandemic, the remaining one-third of deaths (22,000) reflects a recent change in WHO’s methodology for calculating malaria mortality (irrespective of COVID-19 disruptions). ).

India is working towards eliminating malaria by 2027 and sustaining zero transmission till 2030 before proceeding with WHO certification. The National Framework for Malaria Elimination (NFME) in India 2016–2030 has been developed through an extensive consultative process beginning in October 2015, culminating in the launching of the Framework by the National Vector Borne Disease Control Program (NVBDCP) of the Ministry of Health and Family Welfare on February 11, 2016. The Framework was developed in close collaboration with officials from NVBDCP, experts from the Indian Council of Medical Research, WHO and representatives from civil society institutions, professional bodies and partners. The final document is the result of several rounds of review and consultations under the overall leadership of Dr AC Dhariwal, Director, NVBDCP.

Challenges in the reduction/elimination of malaria

Malaria exerts an enormous economic burden, a social burden on those who are affected by it. It is a preventable condition and but efforts need to be intensified.

Majority of the challenges in reducing/eliminating malaria are:

Commenting on the challenges of reducing and eliminating malaria, Dr Anita Mathew, Infectious Disease Specialist, Fortis Hospital, Mulund said, “Complete elimination of malaria is difficult given the current circumstances, but it is possible to reduce the number of cases. Some factors that might be a challenge in the process include the development of resistance to anti-malarial drugs and the widespread use of insecticides.Also, many other critical factors like social structure, cultural beliefs, and untamed construction are all significant challenges in malaria elimination.”

The drug resistance of the parasite can be curbed in several ways. It is commonly observed that the parasite acquires resistance due to overuse of anti-malarial drug or prophylaxis drug which is usually used as an anti-malarial drug. “It is necessary to encourage judicial use of anti-malarial drugs. Another serious issue is that some people do not complete the course of the given malarial treatment which results in improper or inadequate use of anti-malarial drugs and treatment, which results in some parasites such as plasmodium vivax and plasmodium ovale, staying dormant and hidden in the liver and can cause recurring malaria, after several days or months. Another methodology for prevention of malaria, clinicians usually use a combination of drugs are used to prevent parasites to acquire the resistance of drugs, this is known as ACT strategy or Artemisinin Combination Therapy,” added Dr Raghu J, HOD and Senior Consultant – Internal Medicine and Infectious Disease Specialist, Sakra World Hospital Bengaluru.

During COVID-19, digital platforms were used to spread awareness about the disease and the importance of vaccination. Using digital media to spread awareness about malaria elimination could be beneficial in the fight against malaria elimination. “This can be done through short videos, which will help people implement methods to reduce malaria cases. Also, mobile health applications, web-based communication, and surveillance systems can be extremely helpful in combating malaria by assisting in epidemiological surveys. Similarly, data analysis tools will be of great help in containing and eradicating the disease,” shared Dr Mathew.

Sharing his opinion on how the digital transformation the impact it could bring about, Dr Laxman Jessani, Consultant, Infectious Diseases, Apollo Hospitals Navi Mumbai, mentioned, “COVID-19 digital transformation can not only increase awareness regarding COVID-19 but also other diseases like malaria, dengue will also receive awareness. As a result of which malaria will be detected earlier and adequate prevention measures will also be put into place. This would offer a better diagnosis of malaria and treatment as well. Digital health will have a significant impact on reducing the burden of malaria.

Moving towards the elimination of malaria

Vaccines have prevented and eradicated various diseases that were either fatal or caused permanent disabilities, in October 2021, WHO recommended that in the context of comprehensive malaria control the RTS,S/AS01 malaria vaccine be used for the prevention of P. falciparum malaria in children living in regions with moderate to high transmission as defined by WHO. RTS,S/AS01 malaria vaccine should be provided in a schedule of 4 doses in children from five months of age for the reduction of malaria disease and burden.

The recommendation was based on results from an ongoing pilot program in Ghana, Kenya and Malawi that has reached more than 900,000 children since 2019.

Commenting on the approval of the vaccine, Dr Tedros Adhanom Ghebreyesus, WHO Director-General stated, “This is a historic moment. The long-awaited malaria vaccine for children is a breakthrough for science, child health and malaria control. Using this vaccine on top of existing tools to prevent malaria could save tens of thousands of young lives each year.”

In the last few years efforts have been intensified to eliminate malaria, India has reported two million cases in 2000, which reduced to 1.1 million in 2015. This has been possible through a collaborative effort of the government and all stakeholders involved. Despite the progress and reduction in malaria cases, India still accounts for 70 per cent of the malaria burden in the South-East Asia Region (SEAR) of the WHO.

Efforts have been intensified in malaria-endemic countries toward the prevention, control and elimination of malaria. Few countries in SEAR have demonstrated that with concerted efforts, malaria elimination can be achieved. India’s goal to eliminate malaria can be achieved through effective partnerships, coordination with states, involvement of communities and interested stakeholders.

Maris-Tech to Present its Miniature Streaming and Recording