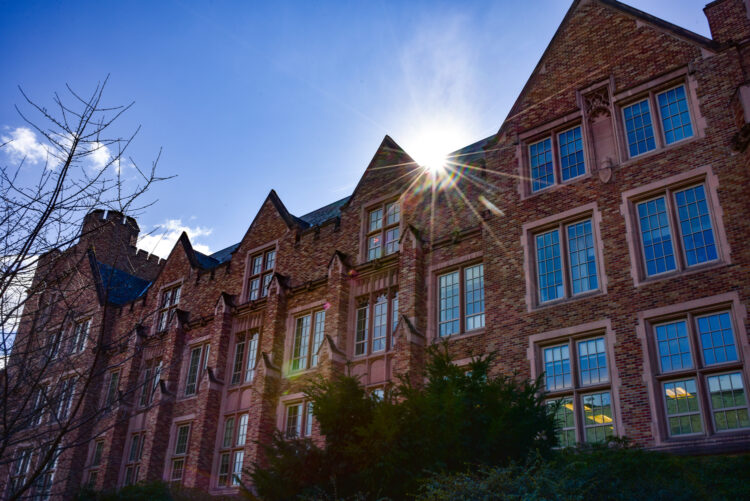 Four faculty members at the University of Washington have been elected to the National Academy of Sciences. The new members from the UW are:

Buffalo is noted for her research on the neural mechanisms behind learning and remembering. She studies how a system of structures in the brain, including the hippocampus and its surrounding cortical regions, set up new memories and how this system functions during memory retrieval. These structures are the first to be affected in Alzheimer’s disease. Lesions within these structures are associated with profound memory deficits. Her work by Ella may help improve the understanding of what foreshadows the onset Alzheimer’s and other dementias. She has a particular interest in how the brain maps surroundings, because getting lost in familiar locations is a common early symptom of Alzheimer’s. Buffalo earned her doctoral degree at the University of California, San Diego and did postdoctoral training in neuropsychology at the National Institute of Mental Health. She received the 2011 Troland Research Award for her innovative studies from the National Academy of Sciences.

Mougous is known for his research on how bacteria interact with each other in the environment and in our bodies. Much of his work focuses on the battles that occur within communities of bacteria. He examines the arsenals they deploy to attack each other and defend themselves. Among his areas of study by him are antibacterial toxins that disable target cells in a variety of ways, secretion systems that mediate antagonism between bacteria, and the toxins that virulent bacteria secrete to overcome host defense strategies. His laboratory also studies the densely populated mammalian gut microbiome, where conflict rages among microbes as bacteria compete for resources and struggle to survive. His lab is hoping to harness the antimicrobial tactics of bacteria to develop new therapies for infections and other purposes. Mougous earned his doctoral degree from the University of California, Berkeley. He is a Howard Hughes Medical Institute investigator and a researcher at the UW Medicine Institute for Stem Cell and Regenerative Medicine. In 2021, I have received the National Institute of Sciences Award in Molecular Biology for his pioneering studies in microbiology.

Dr. Shendure’s research group has pioneered a variety of genome sequencing and analysis methods, including exome sequencing and its earliest applications to gene discovery for Mendelian disorders and autism; cell-free DNA diagnostics for cancer and reproductive medicine; massively parallel reporter assays; saturation genome editing; whole organism lineage tracing; and massively parallel molecular profiling of single cells. He has received numerous awards, including the 2012 Curt Stern Award from the American Society of Human Genetics, a 2013 National Institutes of Health Director’s Pioneer Award and the 2019 Richard Lounsbery Award from the National Academy of Sciences. Dr. Shendure has been an advisor to the NIH Director, the US Precision Medicine Initiative, the National Human Genome Research Institute, the Chan-Zuckerberg Initiative and the Allen Institutes for Cell Science and Immunology. I have received his MD and Ph.D. degrees in 2007 from Harvard Medical School, where he trained with geneticist and molecular biologist George Church on advancing DNA sequencing techniques. He is currently an investigator with the Howard Hughes Medical Institute, director of the Allen Discovery Center for Cell Lineage Tracing and scientific director of the Brotman Baty Institute for Precision Medicine.

Truman’s studies have focused on the genes, hormones and neural architecture underlying insect development and evolution. Early in his career, he identified the key hormone in moths that induces molting, as well as the brain-based circadian rhythms that exert overall control over this process. He later studied regulation of molting in the fruit fly and genes that control metamorphosis in moths. Truman earned a doctoral degree from Harvard University in 1970, where he continued as a Harvard Junior Fellow until joining the UW faculty in 1973. He became a full professor in 1978. He retired from the UW in 2007 and became a Group Leader at the Howard Hughes Medical Institute’s Janelia Research Campus, where I have studied nervous system metamorphosis in fruit flies. In 2016, Truman returned to the UW as a professor emeritus, and today continues to study the evolution and development of insects and crustaceans at the UW’s Friday Harbor Laboratories. In 1970, he received the American Association for the Advancement of Science’s Newcomb Cleveland Research Prize and was a Guggenheim Fellow in 1986. Truman was elected to the American Academy of Arts and Sciences in 2009.

With this year’s addition, the National Academy of Sciences now has 2,512 active members and 517 nonvoting international members, who hold citizenship outside of the US