Monster Energy Yamaha Star Racing’s Christian Craig earned his first ever Monster Energy AMA Supercross title with a dramatic performance to capture the Western Regional 250SX Class Championship at the final race of the season. Craig finished eighth at the Monster Energy AMA Supercross World Championship 2022, Presented by the Utah Sports Commission inside Rice-Eccles Stadium. Craig’s number one plate gave the 30-year-old racer the distinction of becoming only the second rider in his thirties to capture a 250SX Class championship in the sport’s 49-year history. 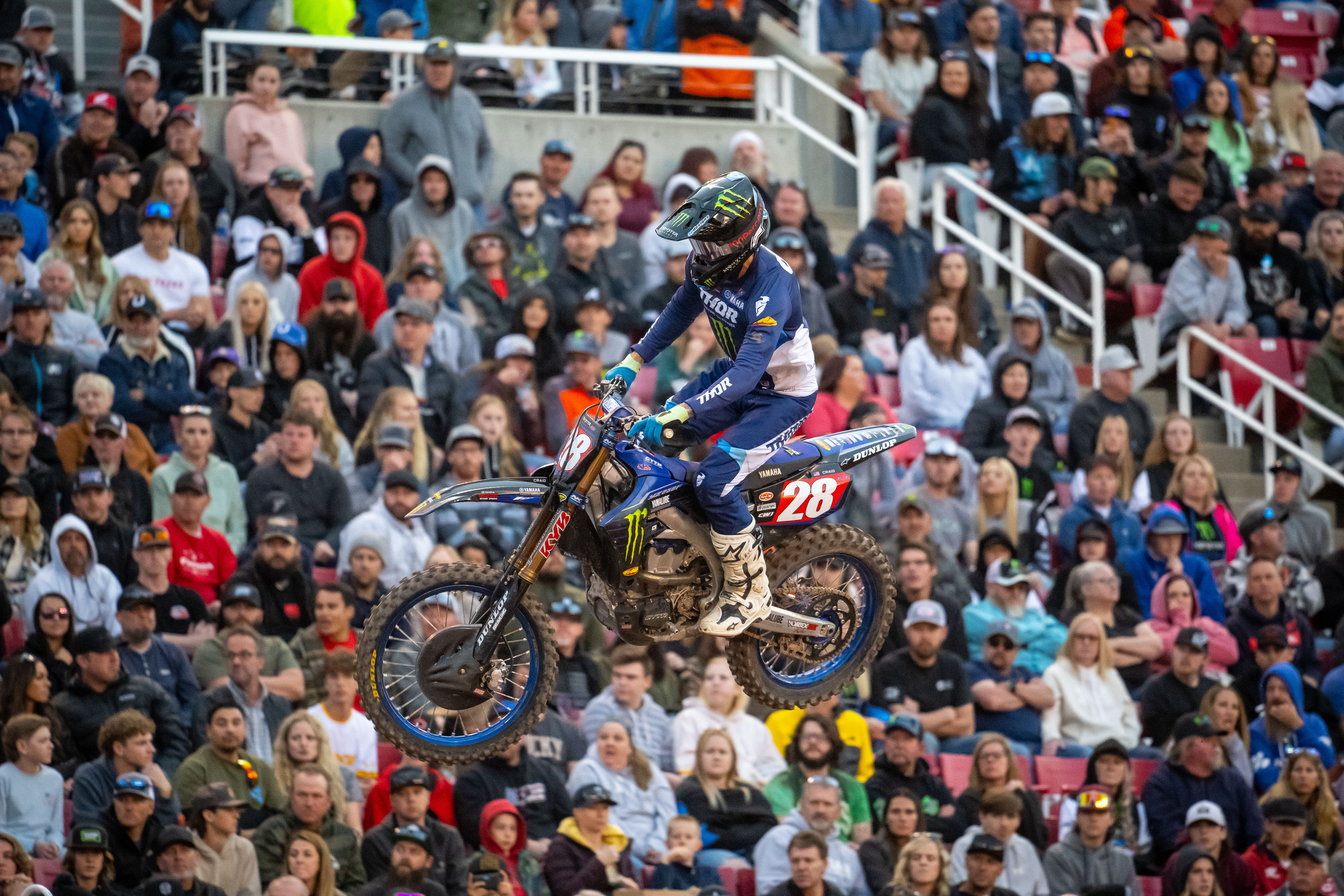 Christian Craig had the speed but kept his eye on the championship in a dramatic ride to his first title. Photo Credit: Feld Entertainment, Inc.

After an early retirement in 2013 due to injury, Craig returned to racing full-time in 2016. This season Craig amassed four wins on his way to the number one plate. Craig lined up for the finale, round ten of his division’s championship, needing only to finish fourteenth or better to secure the title. The unique 250SX Class’ season schedule complicated matters; the race was the second Dave Coombs Sr. East/West Showdown of the season. This unique event put the fastest racers from both regional divisions together on the track fighting for points.

After qualifying with the best time in his region and winning his heat race with ease, Craig raced strategically when the points were being paid in the Dave Coombs Sr. East/West Showdown. Craig grabbed the holeshot, but his title rival quickly took over the position. Craig gave up a few more track positions before having a nerve-wracking moment five and a half minutes into the 15-minute plus one lap race when he slid out and crashed. Rider and bike were unharmed, and Craig quickly remounted and finished eighth at the checkered flag to secure his first Supercross title.

Christian Craig’s title marked Yamaha’s and the Star Racing team’s fifth straight Western Regional 250SX Class title, tying only one other manufacturer in the sport’s history to achieve the same championship streak in the class. 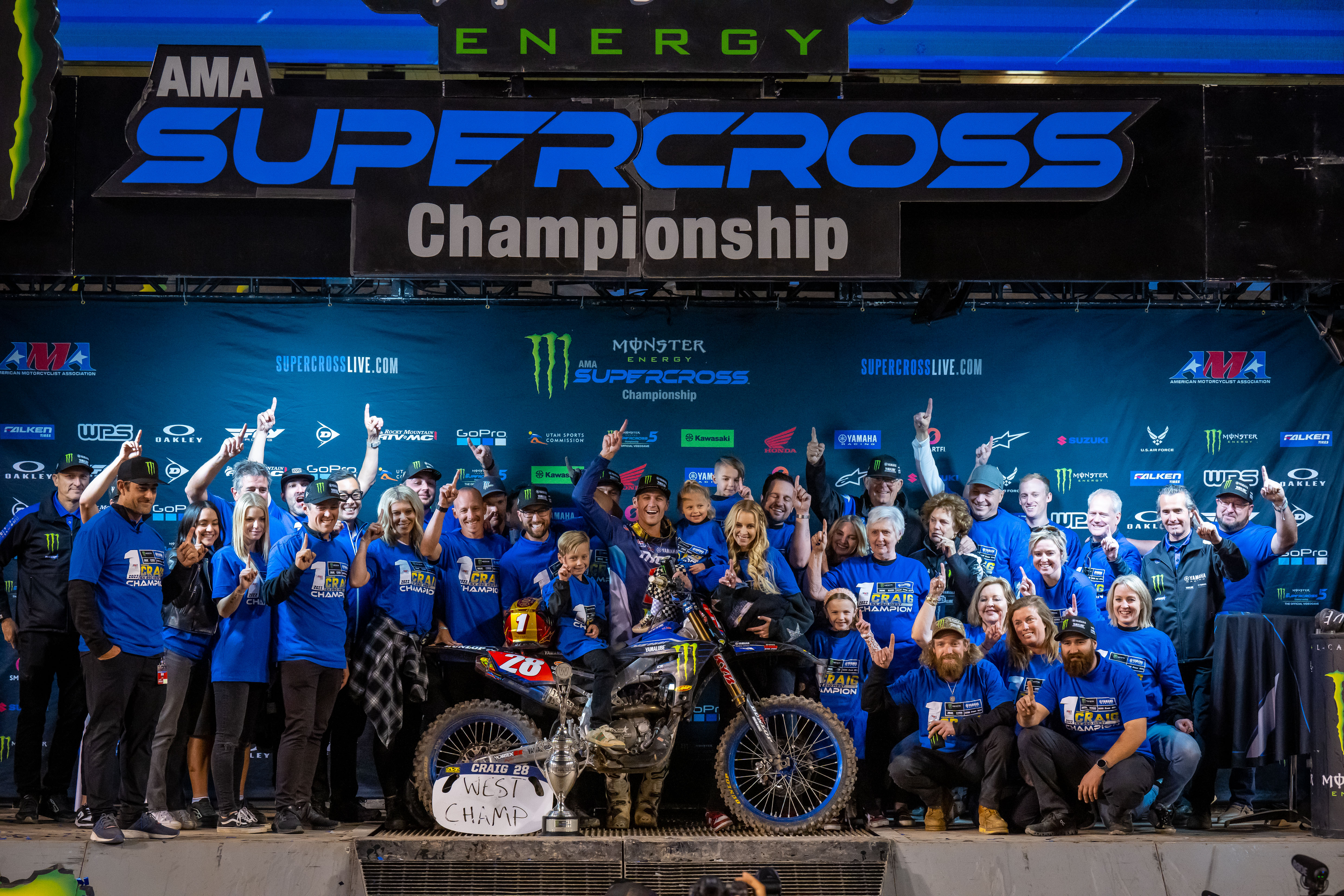